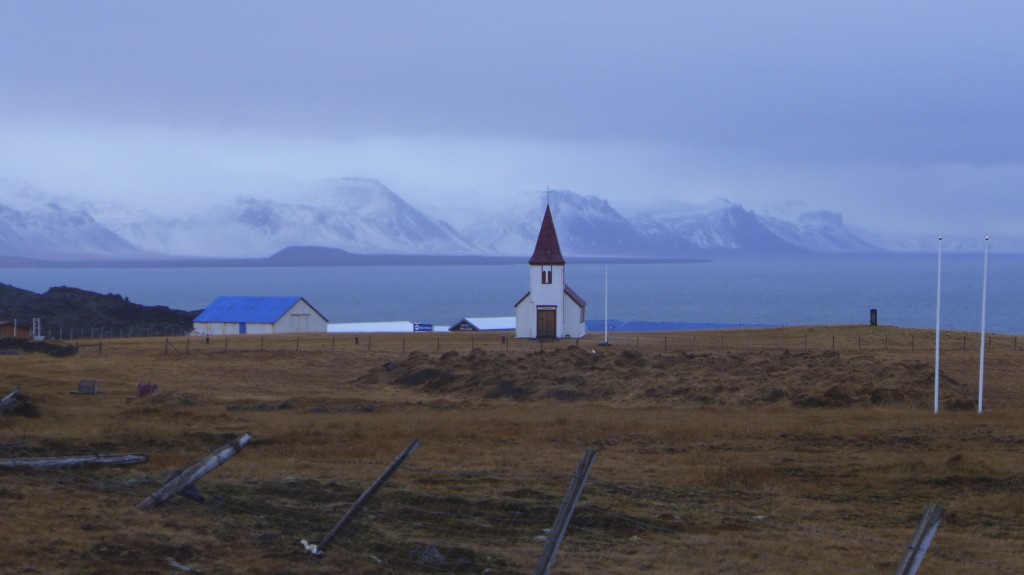 I believe in the value of visiting contrasting places–divorced from the familiar—in order to read landscapes of shelter, wheels, weather, landforms and light. From these observations, our urban dialogues gain their basis, and to my mind, their sustenance.

I like to bring this purposeful travel home, first, for visual inspiration, and second, to inform professional practice regarding settlements and cities. I found fodder for both a few days ago in Iceland, amid a basalt terrain of lava fields seemingly created only yesterday, among contemporary accounts of renewable energy and epic stories of settlement dating back little more than a thousand years.

In Icelandic landscapes, in small towns, and in the resurgent capital city of Reykjavik, are scenes and stories that transcend nature, culture and the built environment. In the imagery of such places, we see scaled expressions of urban settlement and transport, both past and present, including dramatic examples of human interactions with the raw elements of nature.

Others have described how the legendary sagas that help define the country’s national identity largely lack a description of visual surroundings, but rather center on elements of humanity and survival. As a modern supplement, here is my more image-oriented summary of lessons learned from Iceland’s interplay of the natural and built environments, including human capacity to adapt to the opportunities and constraints of place.

1.  Measure urban sustainability by clarity of the sky at night 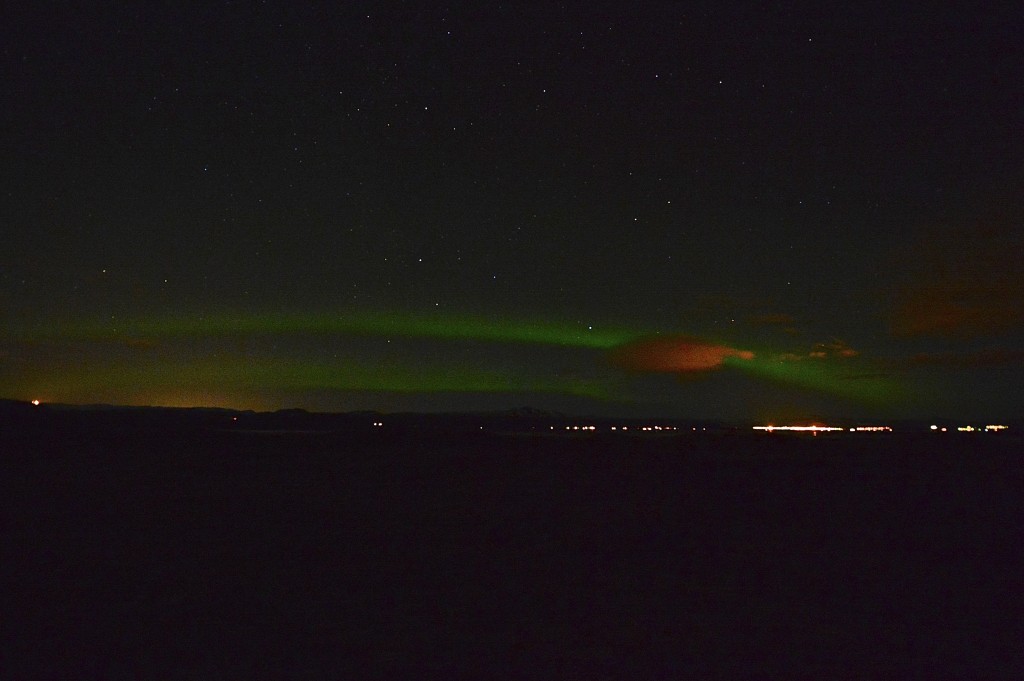 The legendary Northern Lights dominate the evening. Why not use clarity of the night sky as a new measure of city sustainability? 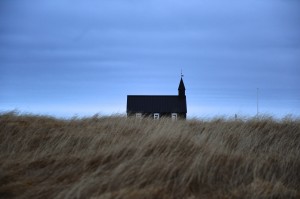 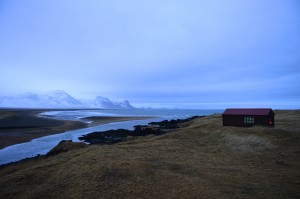 A small church and outbuilding on the Snæfellsnes peninsula honor natural surroundings with simplicity and scale.

3.  Allow fusion businesses and food trucks in an urban setting 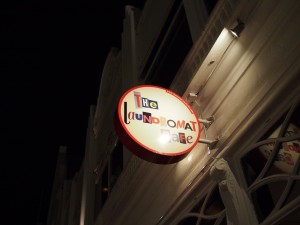 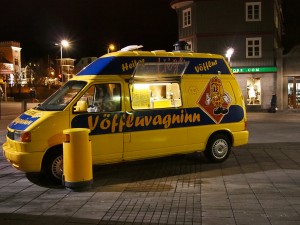 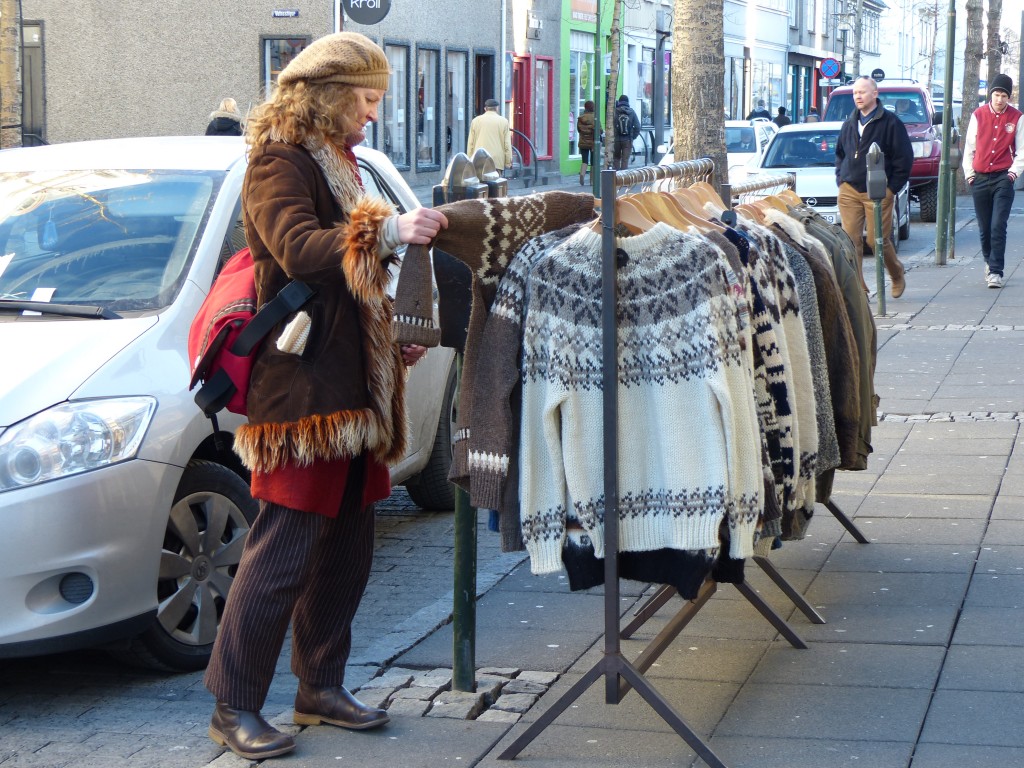 5.  Use building color to make a statement in all seasons 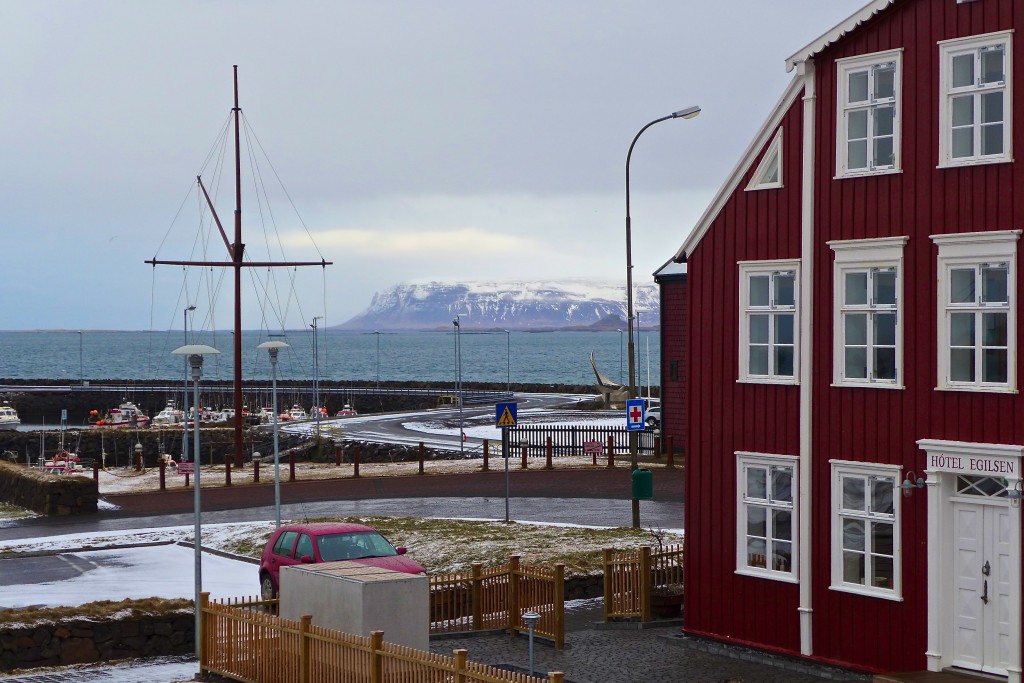 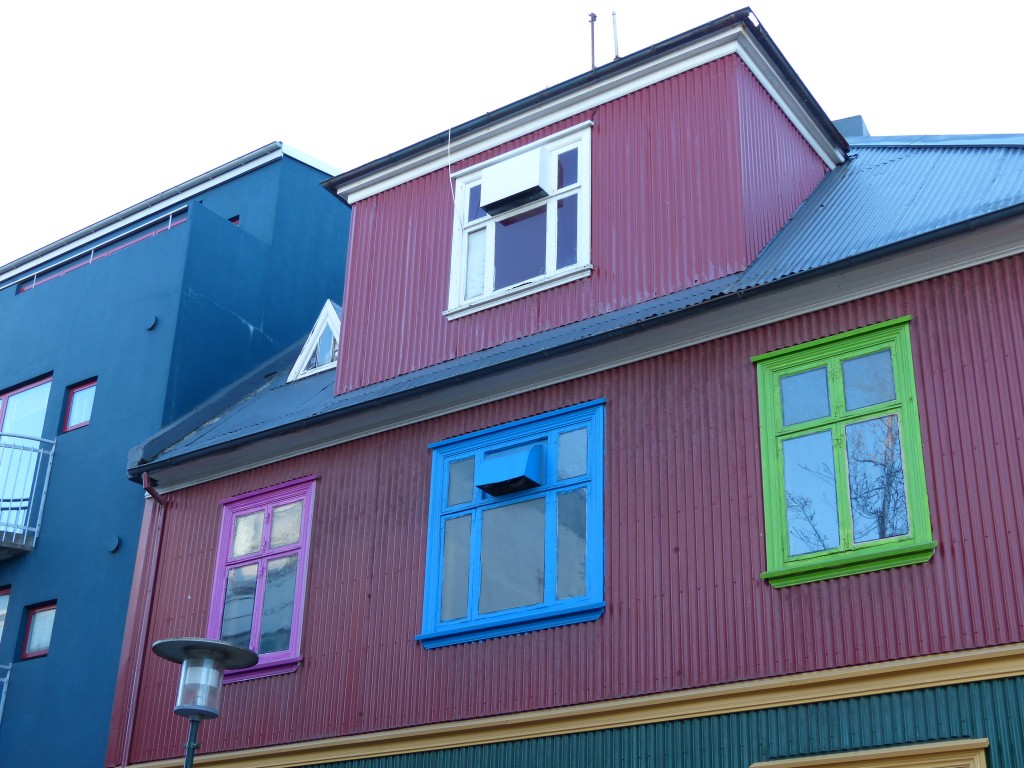 Where native trees are scarce and light is variable (short in winter, long in summer), color and corrugated iron cladding have replaced turf, stone and concrete as dominant building features in Reykjavik. 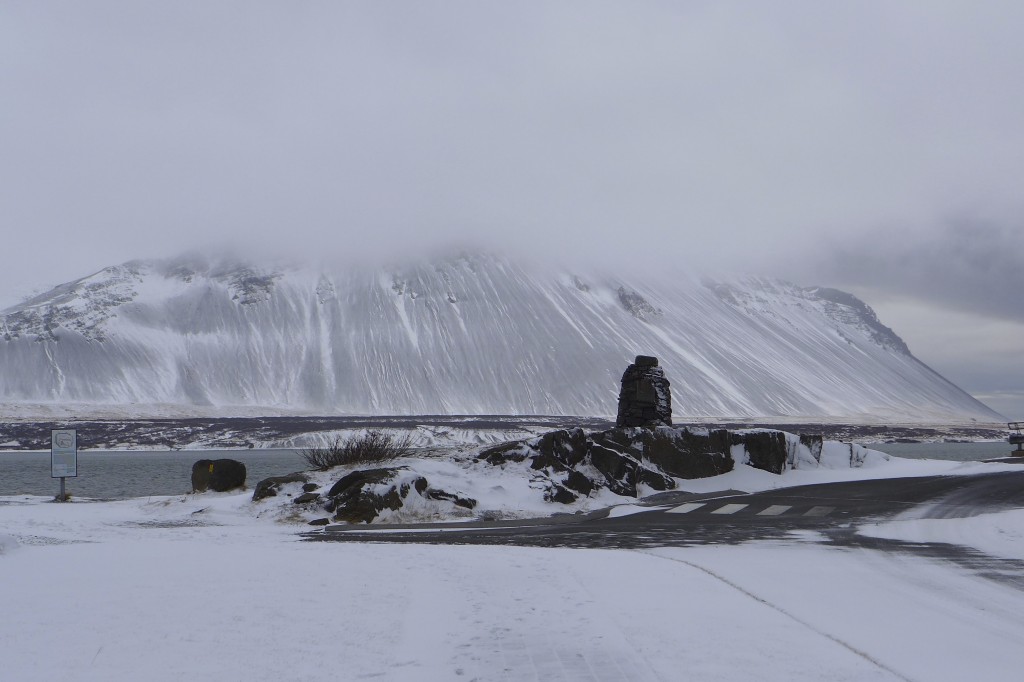 In Borgarnes, a symbol of human significance echoes surrounding nature.

8.  Foster the interaction of urban fabric with an iconic city pond

In Reykjavik, the historic town and a modern city hall frame Tjörnin, the best-known small waterbody in Iceland.

9.  Recall the contrast of the man-made with landscape and clouds 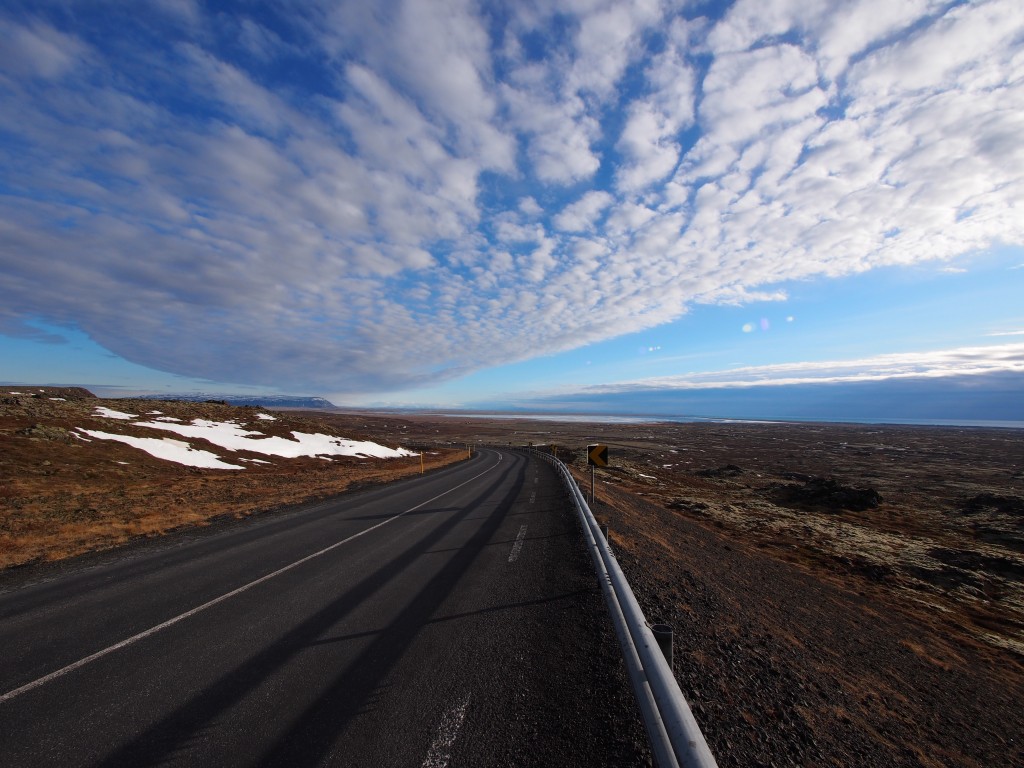 Throughout the country, unrivaled cloud formations offset paving and structure.

To fully understand cites, I believe we should return to places where human settlement still stands in awe of larger forces, and to view the nascent built environment with discernment and care. For me, last week’s fundamental journey to Iceland, largely beyond the echo chambers of placemaking and policy, was a primer on the very underpinnings of human movement, settlement and consequent urbanization.

To supplement this limited introduction to Iceland’s sense of place, I urge readers to consult a wealth of available information about other, equally relevant aspects of the country, such as an atmosphere nearly free of pollutants and the successes of sustainable geothermal energy—not to mention the long, dramatic history of colonization, postwar independence, emergence from poverty and contemporary reinvention after the 2008 financial crisis (symbolized by the remarkable success of Reykjavik’s unique Mayor, Jón Gnarr).

This post first appeared in similar form at The Atlantic Cities, here.

Thanks particularly to Mark Johnson of Civitas, whose proud Icelandic heritage gave me a crash course in Iceland that fostered a much keener eye.

Images composed by the author in Iceland. Click on each image for more detail. © 2009-2013 myurbanist. All Rights Reserved. Do not copy.

One thought on “nine lessons learned from the landscape of Iceland”