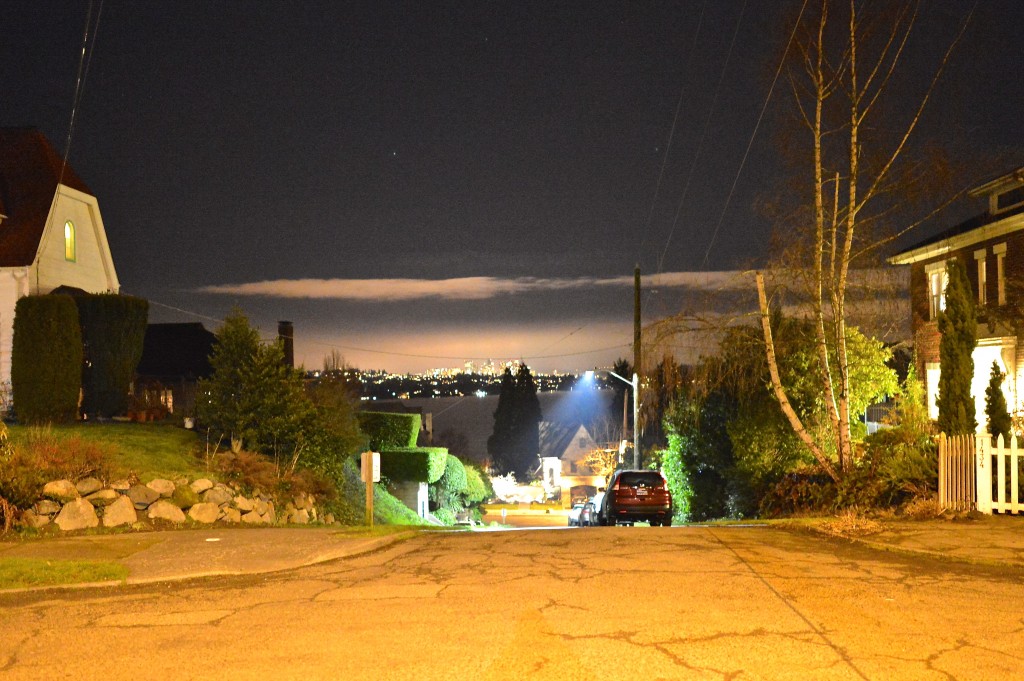 Successful integration of nature and the city is a hallmark of sustainability. Sometimes it occurs without effort or provocation, while other times it results from  projects or plans. In both instances, the natural and artificial merge, morph and redefine urban reality going forward.

Last week, on a Seattle winter evening, my dog and I stood at a neighborhood street corner in a spontaneous meeting with an urban coyote who, for several moments, owned my neighborhood pavement with conviction. Upon our rounding a corner and coming face-to-face, the  coyote cast a long stare (with those “I am not a pet” eyes I once saw in Africa), turned around, and moved on.  For this feral, walkable urbanist, the city sidewalk was clearly as customary a migration route as wooded paths or the open plain.

Several recent articles address the growing presence of coyotes in urban areas as an indicator of changing relationships between the city and larger, surrounding ecosystems.  Whether considered pests or admirable interlopers, they are increasingly sharing (PDF) our places and spaces.

A landscape architect friend explained this integration as a merger of surrounding nature with urban culture and physical form, two things that need not be as distinct as we might expect.  In my recent experience, no longer separate from the city, an animal corridor aligned with the sidewalk, a mainstay of  urban transportation.  I saw a spontaneous integration of nature and the city without any “urban sustainability plan” in place to allow indigenous wildlife safe passage on city streets.

This “city in nature” is not the same as calculated insertions of “nature in the city”, where artificial edifices are more systematically undone and replaced with fundamental green.  I recently saw a good example of the latter across the world, while touring the Madrid Rio Project (PDF) by bicycle. This large-scale linear park was built as the M-30 motorway relocated within a submerged tunnel, allowing for restoration of the Manzanares River above. 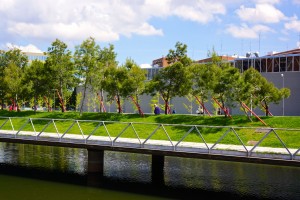 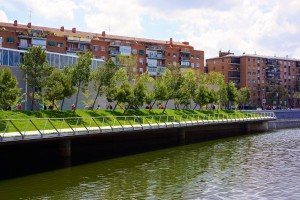 There, I spoke with another landscape architect about what it means to reprogram places from built to natural. In particular, we discussed a former motorway ramp (shown here) that now displays greened pedestrian space imposed on the former roadway, complemented by its  elegant (and once autocentric) river-hugging form and artful curve.  He explained the approach: At core, there is nothing natural in the city, he said, and anything we can do that resonates with the public and creates a sustainable result, is defensible, proper and legitimate.

Through the experiences described here, and the respective views of the two landscape architects, I’ve learned more than expected about the ways urban and natural systems can merge and redefine.  Whether nature embraces the city by coyote habitat adopting urban infrastructure, or a project brings back nature to the city, such as in Madrid, there are some common themes to consider.

In the end, watching the coyote’s use of the sidewalk also taught me that while there is arguably nothing natural in the constructed city, the proposition has its exceptions, or compromises. For instance, in addition to common advice about coexistence with urban coyotes—such as protecting small pets at night, there is a larger issue at play:  From multiple perspectives, the role of nature and the city will continue to realign.

In fact, before too long, our cities’ versions of Madrid’s green, repurposed motorway ramp  may have some non-human users along the way.

All images composed by the author in Seattle and Madrid. Click on each image for more detail. © 2009-2013 myurbanist. All Rights Reserved. Do not copy.