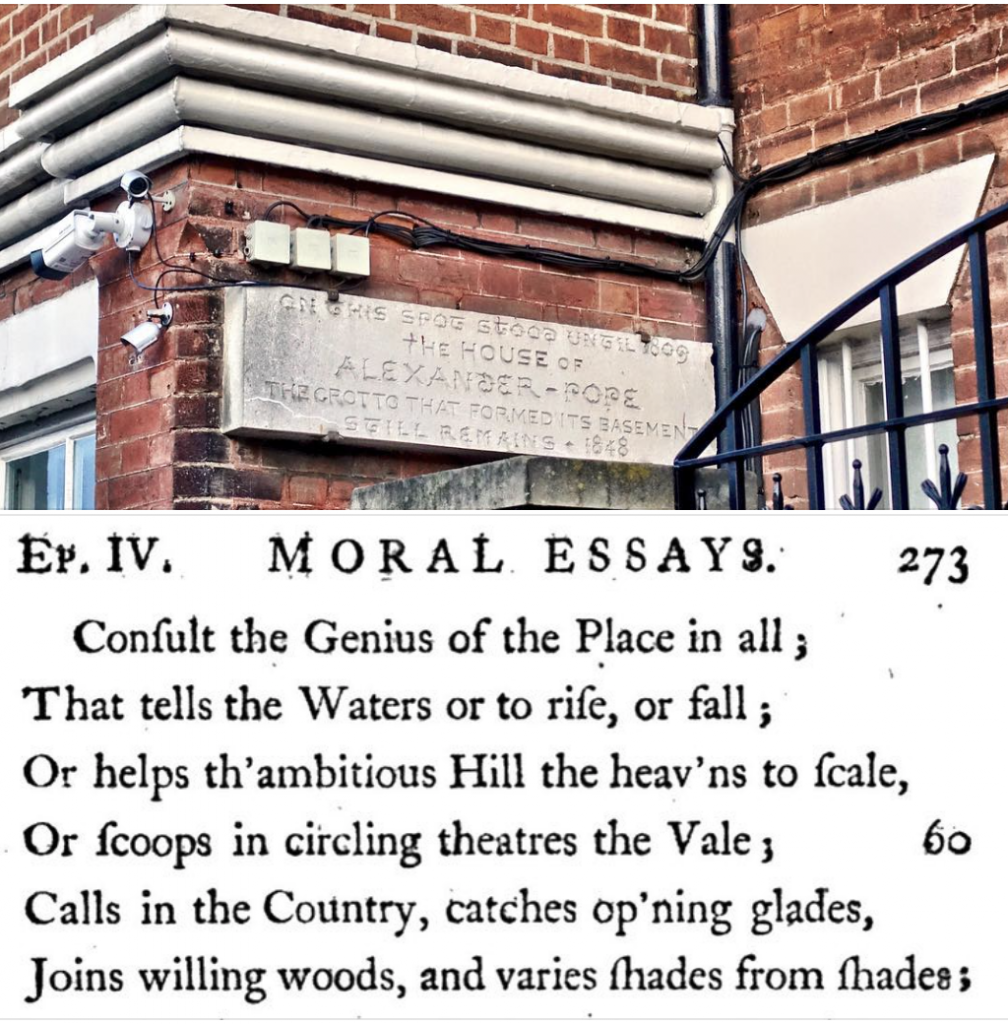 As a so-called expatriate, I’ve been enmeshed in the task of learning to relate to new surroundings.  I have two recent guideposts, Plamen and Pope.

On Saturday, Plamen, born in Bulgaria, came to paint a ceiling in our Flat in Twickenham.   “Where are you from,” he asked.  “The United States,” I replied.

We talked about place.  “Everywhere, there is home, work, and food,” he said.  We both smiled at the same time as he added, “each place, they mostly have the same things, but what changes is which one of these is better”.

On Sunday, I passed through another part of Twickenham, just a 20-minute walk away, where the great poet, Alexander Pope, used to live.

In a much-cited passages from his mid-18th century “Epistle to Burlington,”  Pope called for a more real-time, contextual use for beauty and art:”Consult the genius of the place in all; That tells the waters or to rise, or fall…”

Pope pre-dated Plamen by a few hundred years, so they never met to trade wisdom, or to fuse their perspectives. It remains for me to bridge the two, and that may take quite awhile.

But here’s an early summary.   Many of the issues surrounding today’s cities–and our perceptions of them–are unabashedly universal and timeless, no matter how they are labeled or described.