Third in an illustrated series about place-decoding from the South of France. 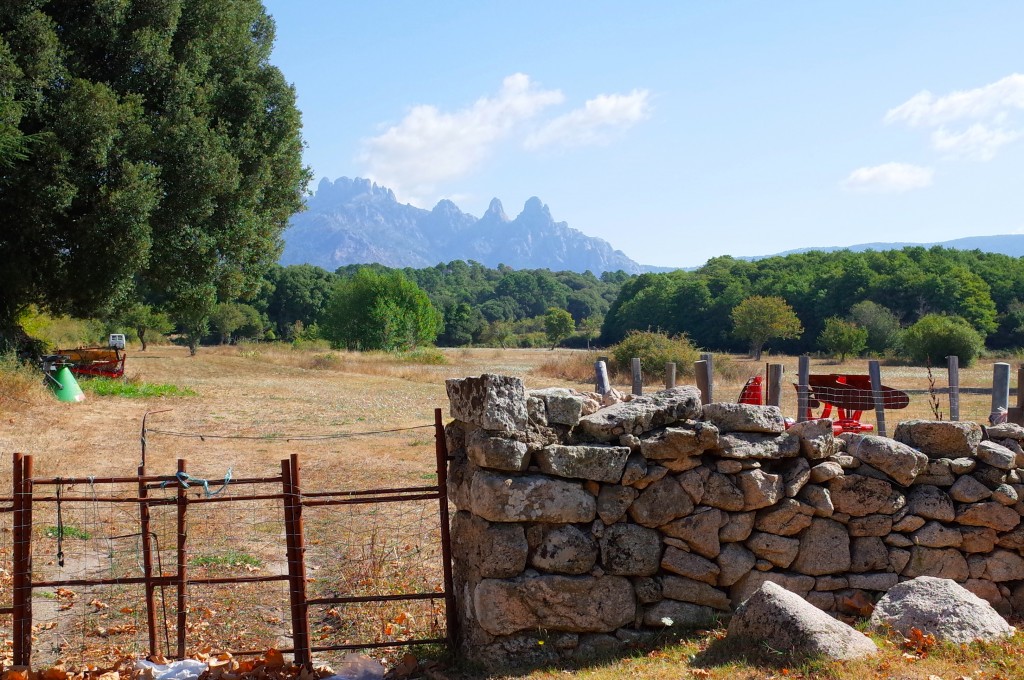 Today, many promote urban walkability, but for several years, I have focused on inter-urban, or, even inter-settlement walkability. Strolls through such “places between” not only highlight the virtues of walking itself, but also invoke the universal transitions between distinct locales and the amorphous rural countryside.

Understanding the blend between built and natural, including how balances change closer to clustered settlement, is key to defining sustainable cities going forward.

New urbanists seized on this notion long ago and built new approaches to planning and zoning around the borrowed biological principle of the “transect“.  But my purpose here is more observational and humanistic, and to illustrate the dynamic of the “places between” in the context of the “place-decoding” approach that I began exploring earlier this month.

Between towns, it seems there is always a microcosm of similar characteristics defining the edge of urbanity.

Last year I wrote about a Washington State perspective in the Palouse region on the Idaho border, and stressed dissection of the farm-to-market basis for why and how many cities grew, and the reasons forests and farms have been elemental to growth management legislation.  I suggested that modern legislative approaches essentially emulate the naturally evolved agricultural region that has always surrounded the City of Rome.

But, as the Rome reference suggests, I believe that inter-urban walkability often resonates best outside of the United States, between towns that grew up at a walkable distance between each other—unremarkably in a mountain valley—or along roads left from civilizations where armies marched home along routes where country became city or town along the way. 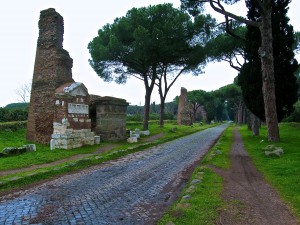 One example invokes Rome again.  In my Urbanism Without Effort book talks, I like to relate the “Via Appia Method” of place decoding. Take a train several kilometers out from Rome, and walk into the city through regional parkland on the Via Appia, and witness 2000 years of human universals along the way. Burial places of old merge with suburban villas and tourist buses, agriculture and greenbelts abut now over-trafficked country roads.

Another example is farther north in Italy.  I’ve also written about the “essence of urbanism” presented by the Cinque Terre towns of Liguria, joined by waterside pedestrian trail, and experienced the even more dramatic Sentiero d’egli dei through steep, cultivated Amalfi coast land between Positano and Amalfi.

And as a capstone last week, I observed the subtleties of the inter-settlement landscape in and around Quenza and Zonza—two proximate small Southern Corsican mountain towns of the Alta Rocca with populations of some 200 and 2000 inhabitants, respectively.  A five-hour loop hike between Quenza, a small, declining-in-population village, and Zonza, a more touristic, mountain sports-oriented focal point, invited place-decoding of the microcosm outlined above:  From artifacts of religion to agriculture to the cemeteries and leave-behinds that classically occur at the edge of town. 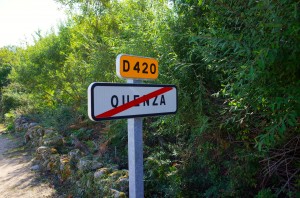 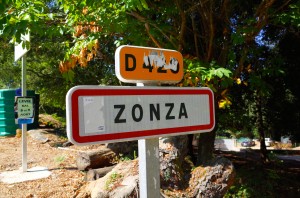 Last year, in the Palouse, I underscored how the elements of older, rural America have reappeared in today’s cities, noting how “small markets, the local bar, the library and the school — no longer needed in one context, they rise again in reinvented urban settings…”.

And last week on Corsica, walking to and from the place between places, I read human fundamentals, as illustrated in the images presented here, in a way that even more firmly decodes and illustrates the elements of urban settlement.

The ebb and flow of nature, economic base and the passage of time are always ripe for observation.  Below, take note of one walk’s illustration of two towns, their edges and the spaces between. 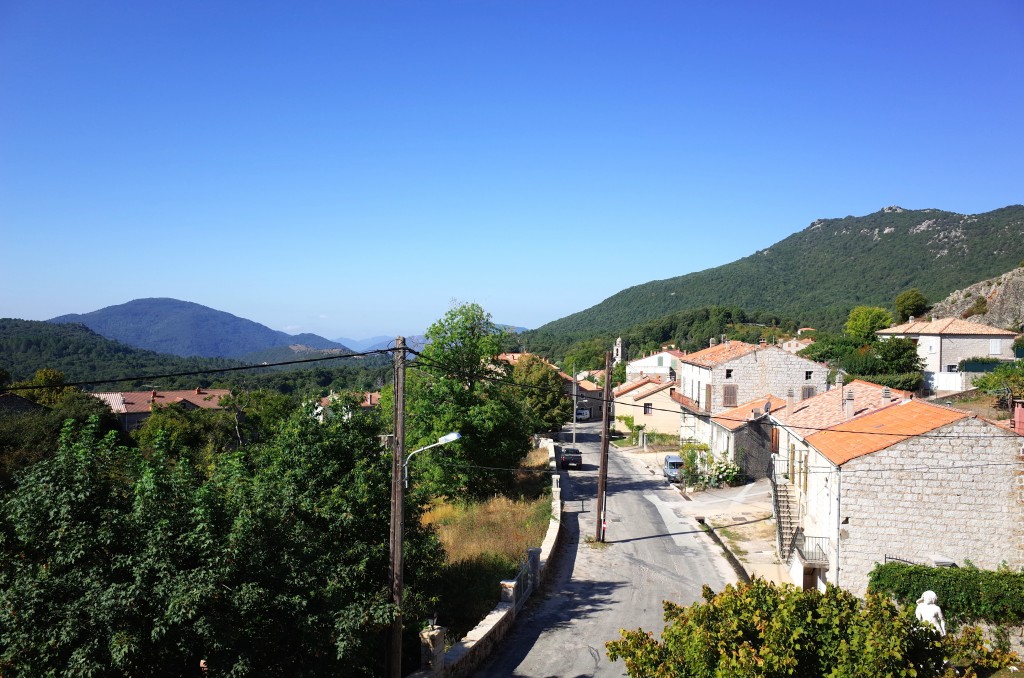 The natural transect, the moniker of urban transition 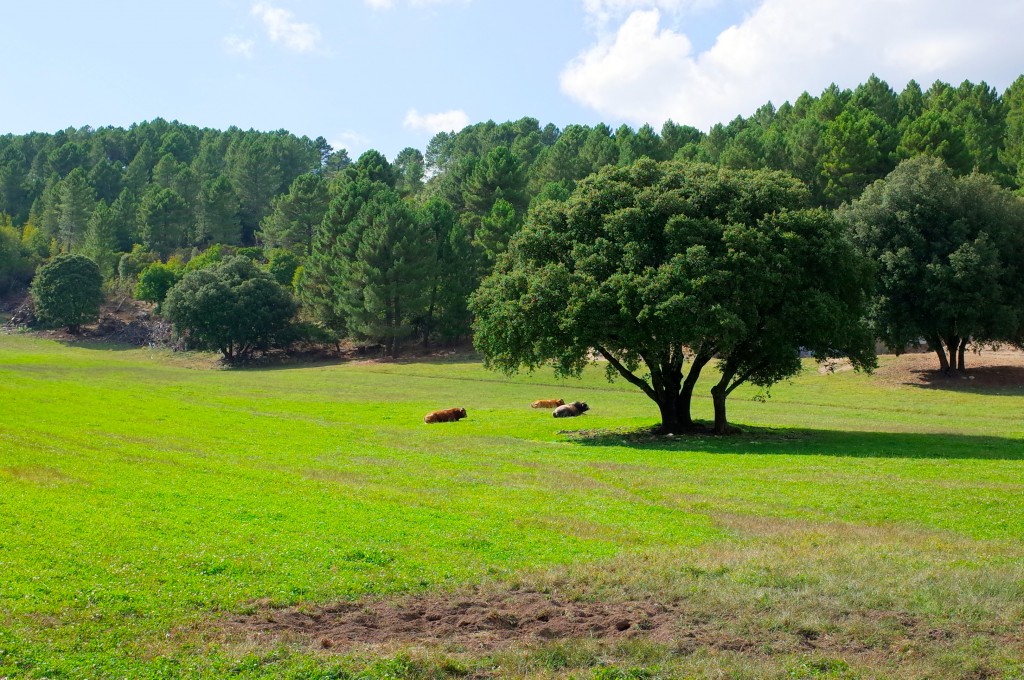 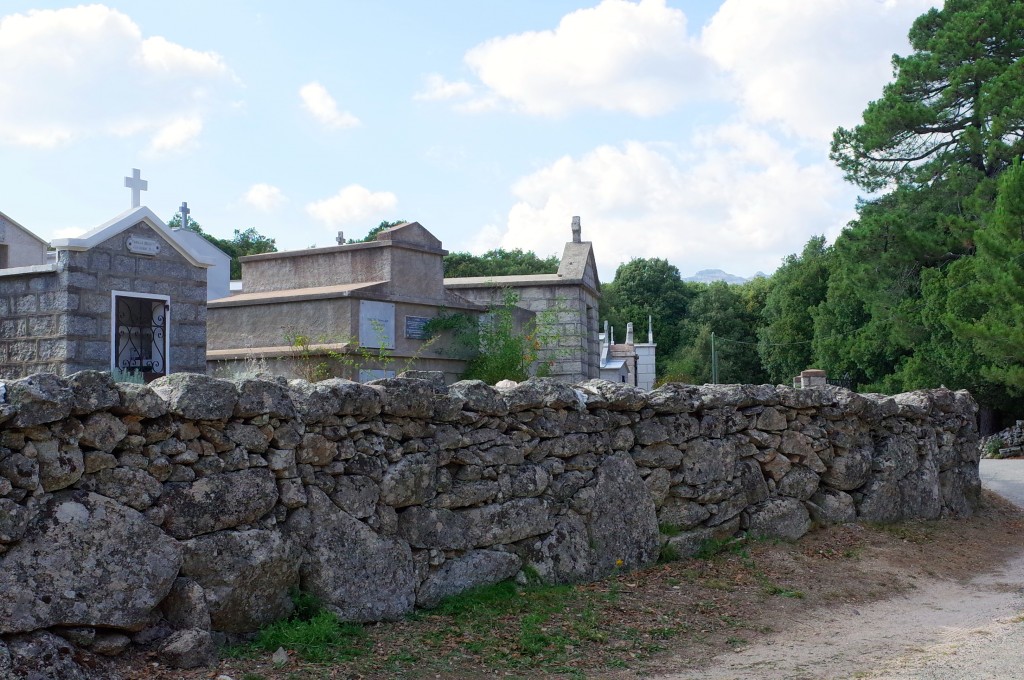 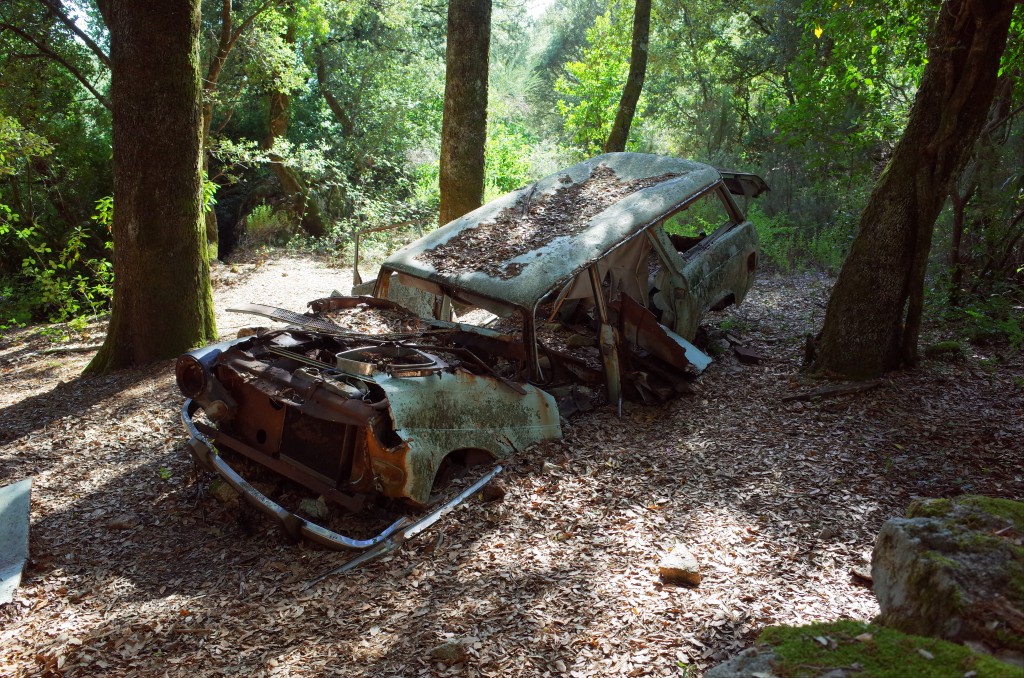 Agriculture, cemeteries and abandoned vehicles on the urban edge—an organic zoning without effort 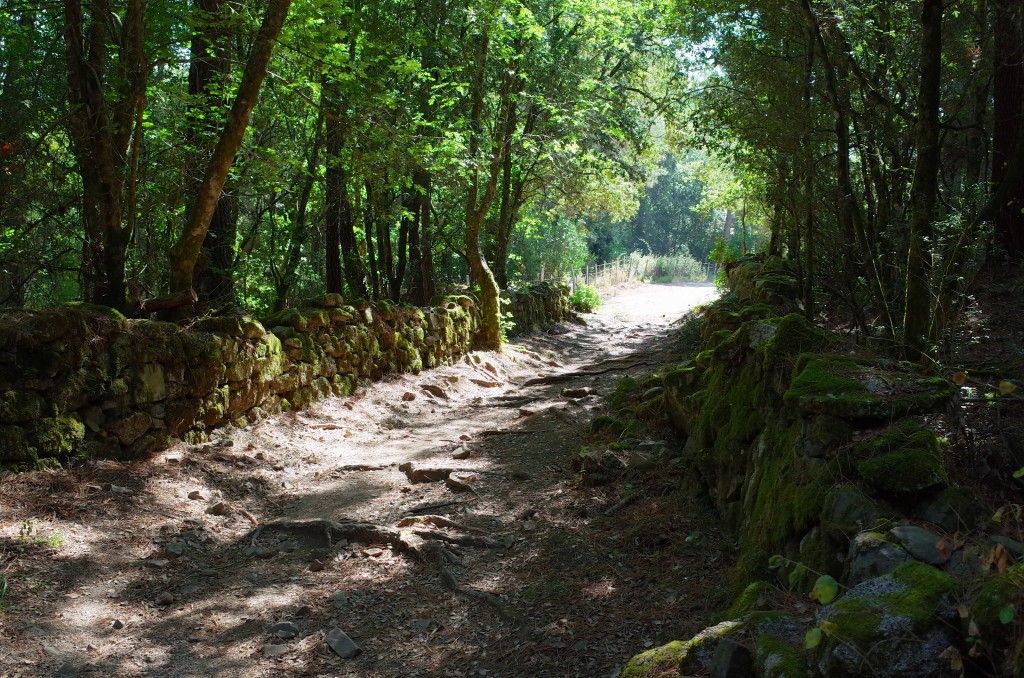 Fences/property division:  an indicator that at some point, the commons disappeared 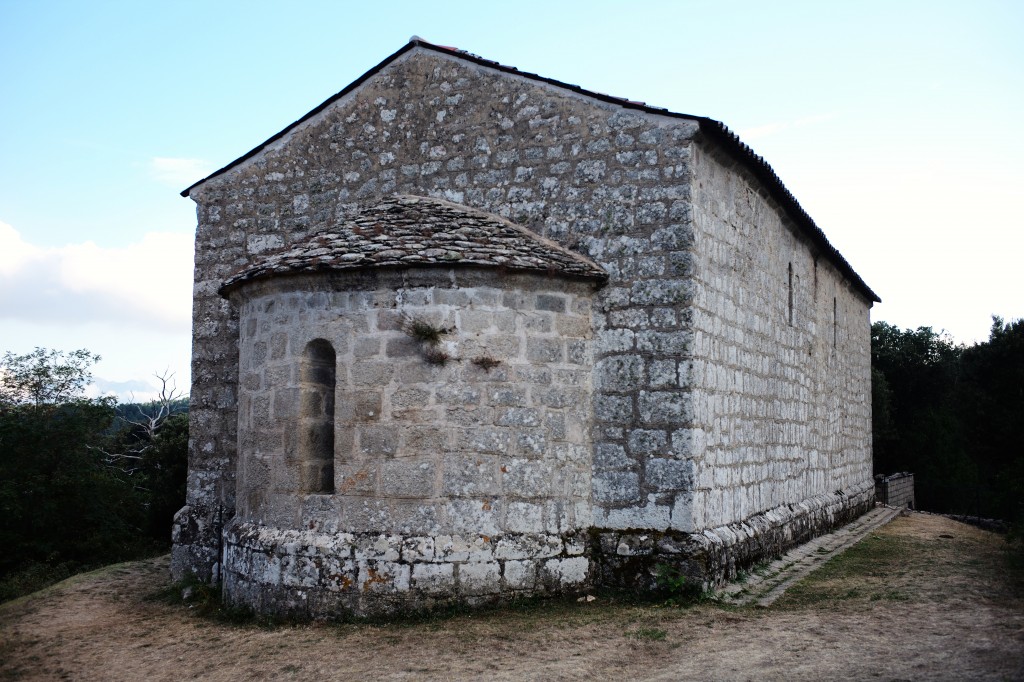 Religious structures are definitional in Quenza, this one for 1000 years

Zonza, renewed commerce at the core 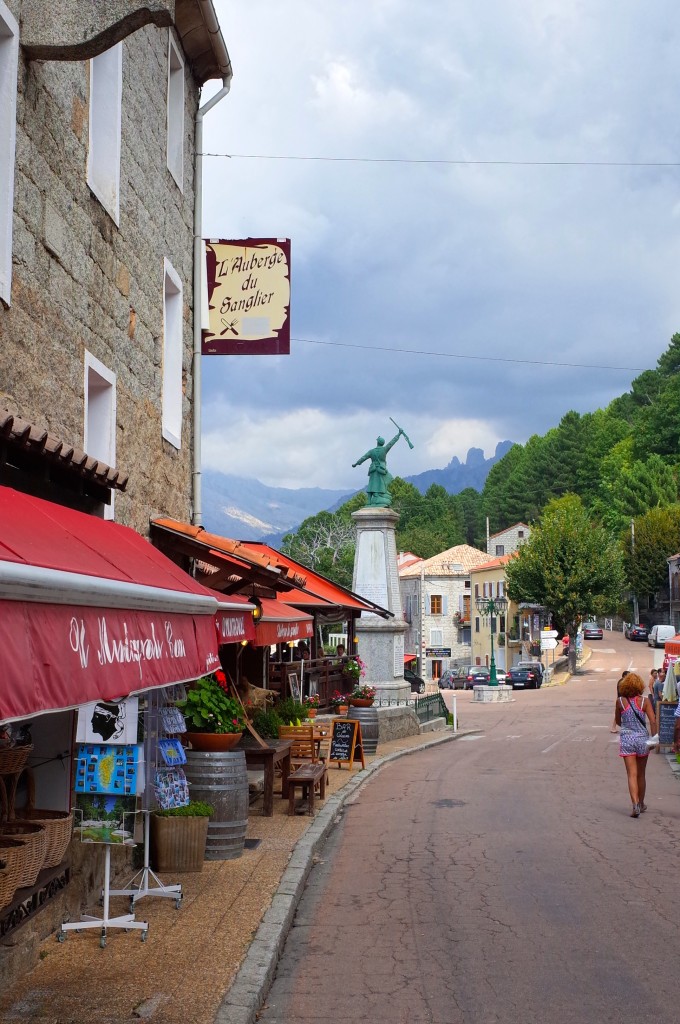 Tourism is the new economy of survival in rough, now recreational terrain

Images composed by the author along the Via Appia entering Rome, and in Quenza and Zonza, Corsica, France. Click on the image for more detail. © 2009-2014 myurbanist.  All Rights Reserved. Do not copy.

Coming next: Decoding the elements of a street in Cassis.

2 thoughts on “decoding the place between places”