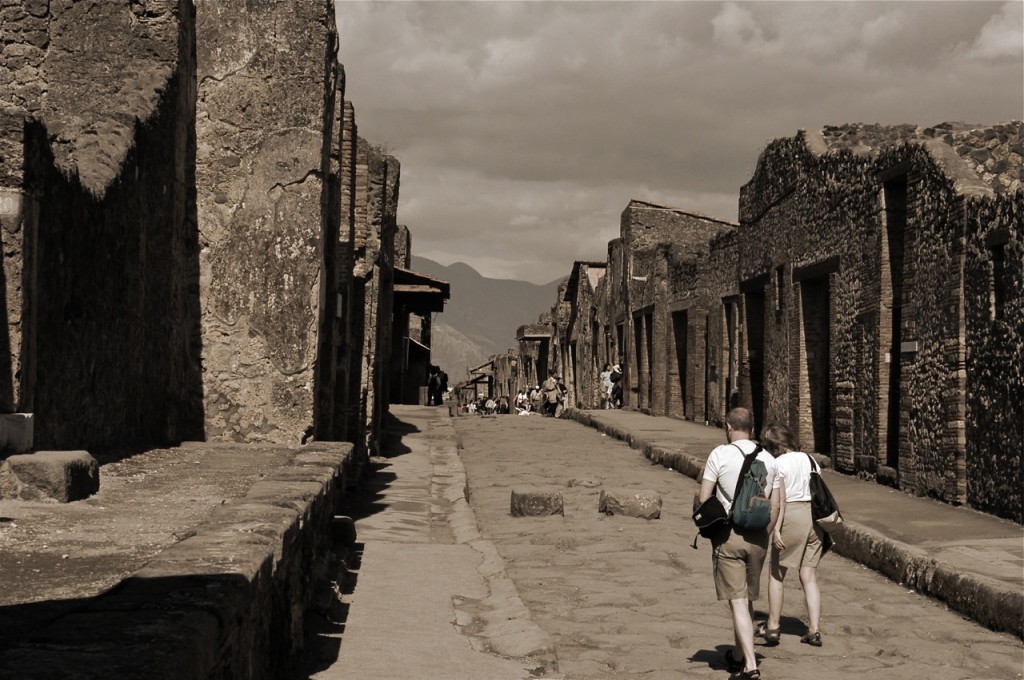 Welcome to a new orientation towards city ruins—where Photoshop and urbanism have something in common—as shown in the accompanying image of the archaeological site of Pompeii.

First, the original photograph blends with four Photoshop “adjustment layers”, including monochrome and sepia versions of a formerly all-color background.

Second, as a result, modern visitors show a more contrasting, layered hue against an excavated Roman street scene, over 2000 years after the eruption of Mount Vesuvius in 79 A.D.

Amid the partially restored grid of a celebrated ruin, the human scale transcends time. Ancient and modern intermingle in a way that words alone cannot describe.

8 thoughts on “layering walkable urbanism via Photoshop and Pompeii”