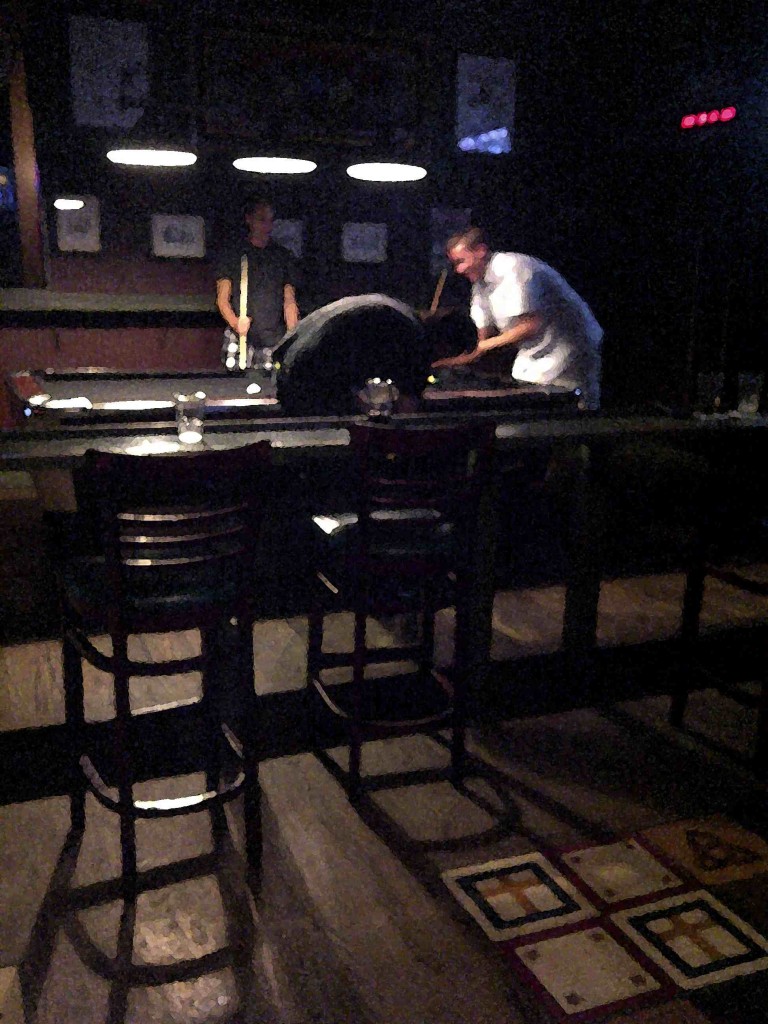 From time to time, a single image captures the look and feel of city life, and successfully depicts an urban place where people come together.

This morning, I had the opportunity on the “Place Matters” radio show to explain the role of photography in placemaking, as a tool to better define the personal, contextual experience of a neighborhood or city venue.

The interior scenes of “the three B’s”—barbershops, bars and billiards—often mean as much as the magic of street and square when portraying the personal interactions of cities, towns and neighborhood.

To me, this proposition demands an example, and the photo above portrays such an interior space within a dense urban neighborhood after midnight.

As I wrote last summer about the closures of Borders bookstores, such imagery says more than is apparent at first glance about how local, sustainable “third places” foster the spirit of human collaboration.

Photograph composed by the author.

9 thoughts on “a simple portrait of an urban place”