Here is an informational overview, not intended as legal advice (nor reflective of any client perspective), about the underpinnings for Form-Based Codes in Washington State. Thanks to Seattle attorney Erica A. Doctor for assistance as part of preparation for an upcoming Form-Based Codes Institute program in the Seattle area.

Form-Based Codes, with emphasis on built-environment form over land use elements, have been used successfully in a number of American cities, but have not been implemented on a widespread basis in the Seattle area.  Professional speculation has identified a range of factors for this lack of adoption, including challenging terrain, lack of a traditional, vernacular “look and feel,” and a reluctance to limit permitted uses or compromise property rights.[1] In addition, with some exceptions, limited local familiarity with drafting, adopting, and implementing Form-Based Codes may have led to maintenance of more familiar land use regulatory practices.[2] 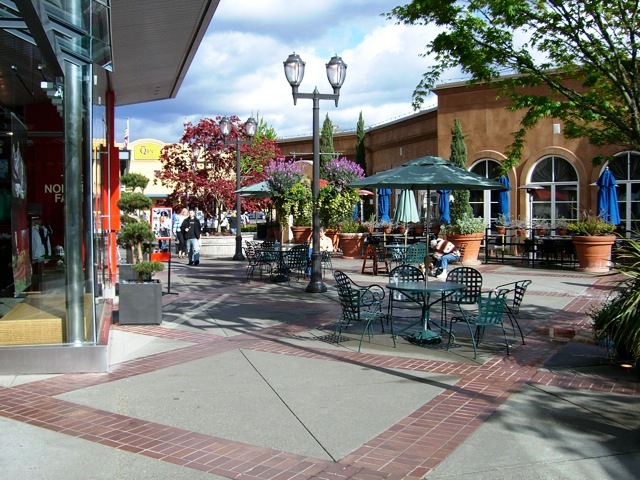 Some local government officials may also fear that “over-regulation” or “new forms of regulation” could stifle redevelopment or revitalization.  But Form-Based Codes are built on familiar legal principles, and so long as local governments proceed with reflection and purpose in a willing marketplace, enactment of Form-Based Codes could reposition a city for compact, less automobile-dependent growth and redevelopment and revitalization of appropriate urban areas.

In addition to the implied, general police power that provides local governments the authority to regulate land use, the Growth Management Act (GMA) and the State Environmental Policy Act (SEPA) add their own, Washington-specific gloss.  In the regulation of aesthetics, land use case law has also provided a specific, due process example relevant to Form-Based Codes, in particular, Anderson v. Issaquah, decided in 1993.  These elements of Washington law are explored in more detail below.

I. The Growth Management Act

While GMA grants a significant amount of discretion to local governments to craft comprehensive plans, it includes specific requirements, which in essence mandate preservation of rural character in rural areas, protection of critical areas and agricultural lands, and encourage  smart growth within urban growth areas.  Taken together, GMA’s goals discourage sprawl, while explicitly mindful of property rights.  In the context of Form-Based Codes, the Growth Management Act grants a local government the discretion to innovate, so long as the associated regulation meets GMA requirements. [6]

Like other development regulations, Form-Based Codes are also subject to SEPA review.[7] As part of the implementation process, the agency decision-maker must consider the information generated by the SEPA process, whether programmatic or project-related.  Where a local government is seeking to use an optional Form-Based Code as an overlay, a Planned Action under GMA and SEPA could serve as an incentive,  perhaps in concert with a Development Agreement. As with other planned actions, environmental review for a Form-Based Code district could be limited to (1) verifying the action meets the qualifications of a Planned Action, and (2) probable significant adverse environmental impacts were adequately addressed in the Planned Action EIS.[8]

Constitutional principles of due process stand behind permissible statutory and regulatory approaches to land use regulation.  In Washington, substantive due process requires that a regulation is premised on a legitimate government purpose, that the means to achieve that purpose should be reasonably necessary, and that the impacts of the regulation should not be unduly burdensome.   Procedural due process assures that those affected by a regulation should have adequate notice and a meaningful opportunity to be heard.

Both forms of due process risk violation where regulations are unclear, or vague, or overbroad. In Washington, zoning regulations do not have to meet an impossible standard of specificity, but they must be clear enough for a person of “ordinary intelligence” (in other words, someone who is not necessarily a city planner, engineer, or attorney) to ascertain what is required[9].

Anderson v. Issaquah[10] is an important land use case in the area of regulation of aesthetic criteria and design review, and is often cited nationally, including with reference to the defensibility of Form-Based Codes. The Washington State Court of Appeals in that case said that regulatory codes must give “effective, meaningful guidance” to developers — and to decision-makers, and to the courts, who must review contested plans — in order to be enforceable. 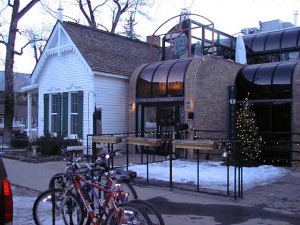 Anderson involved a developer seeking Issaquah Development Commission approval to develop a commercial project in Issaquah.  The code enacted by the city[11] required, among other things, screening on incompatible buildings, encouraged harmony in texture, lines, and masses, and suggested that efforts be made to make projects interesting.   Unfortunately for Anderson, the site for his project was surrounded by mountains and natural areas, a historic Victorian-era home, gas stations, a bank built in the “Issaquah territorial style,” an Elks hall described as a “box building,” and a veterinary clinic with a cyclone-fenced dog run.  He experienced difficulty making his project “harmonious” with its surroundings.

He appeared before the Development Commission several times, and was repeatedly given vague guidance from commission members.  One member drove up and down Gilman Boulevard identifying the design elements he desired for Anderson’s project and recited them during a hearing.  Anderson’s permit application was denied because his project lacked “a certain feeling,” with the suggestion that he start from scratch.  Anderson appealed.  Ultimately, the appellate court held the Issaquah Municipal Code was unconstitutional and violated due process, because it was vague and gave decision-makers too much discretion to approve or deny permits based on gut feelings.

Anderson remains an influential case for determining whether the aesthetic components of a regulatory review process pass muster, and it should be considered carefully in the creation and implementation of Form-Based Codes.  The takeaway lesson is that any “statements,” impression or visions that a local government wants to make must be included in the code in a clear and precise way in order to be enforceable.

In Washington, GMA mandates public process,[12] and failure to meet applicable requirements could be viewed as a “substantial interference” with GMA’s public participation goals.

Form-Based Codes typically require significant up-front visioning and public participation.  It is likely that the intensive public input native to adoption of Form-Based Codes would be adequate to meet the requirements of GMA.  However, in any incentive-based scheme, such as streamlined permitting or accelerated review for developers who choose to avail themselves of a non-mandatory Form-Based Code, the process should be stated clearly.  Review of a proposal cannot be arbitrary per Anderson; regulations, through text or illustration, should provide decision makers with understandable standards for approval, including allowable variances and conditions.

There are existing examples of Form-Based Codes in the Puget Sound region.  King County has launched a pilot project to adopt Form-Based Codes in three areas, and Bothell and Mountlake Terrace have both implemented Form-Based Codes to revitalize their downtown cores.[13] Meanwhile, Seattle recently amended its low-rise multifamily code to bring some elements of Form-Based regulation into the city’s more traditional zoning code.[14] The cities that have implemented Form-Based Codes have attempted clarity and precision, have provided graphics and photographs to illustrate the requirements, and have specifically stated goals and visions.  They have generally provided for extensive, transparent public involvement, as well as associated review procedures.

Does Washington State need more legislation to better set the groundwork for Form Based Codes? To address its own skeptics, the State of California adopted legislation specifically authorizing Form-Based Codes.[15] Adopting similar legislation in Washington would provide certainty of legislative intent, but is probably unnecessary considering that the legal framework in place already appears to be sufficient. Further, by following the existing statutory framework and the guidance set out in case law, specifically Anderson v. Issaquah, Form-Based Code implementation could move forward if consistent with a locality’s vision and marketplace.