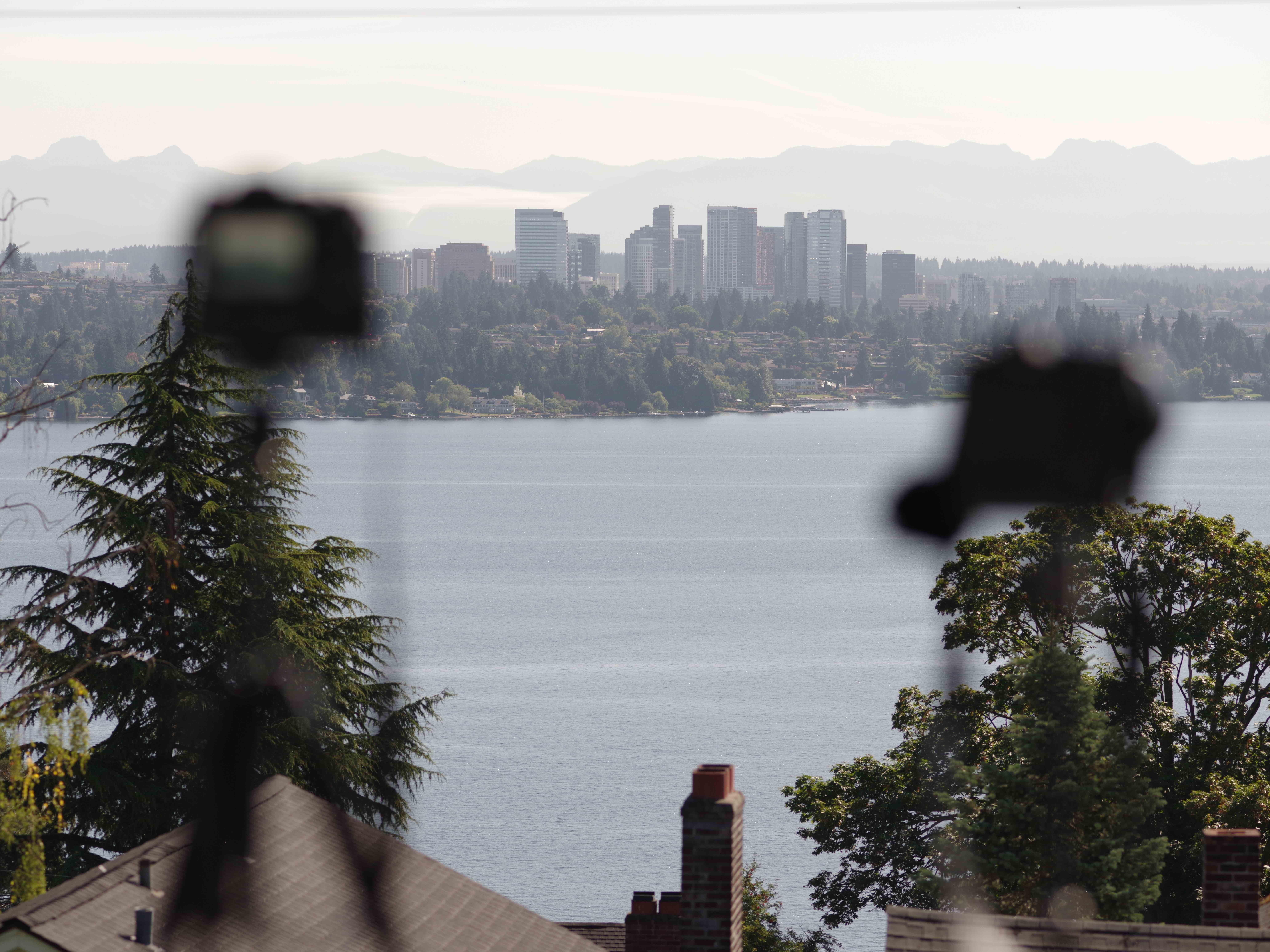 In areas along–or somewhat proximate to–the path of the total solar eclipse on August 21, 2017, the day essentially presented us with two mornings. First came the original sunrise, and then, some hours later, the obscured sun emerged again.

Rather than look skyward, I trained two cameras on Bellevue, Washington (the city across Lake Washington from my house) throughout the eclipse, because I expected that my perception of the Bellevue skyline might change as a much-revered natural process unfolded above.

Would the awe of the eclipse display a city in (no pun intended) a new light? 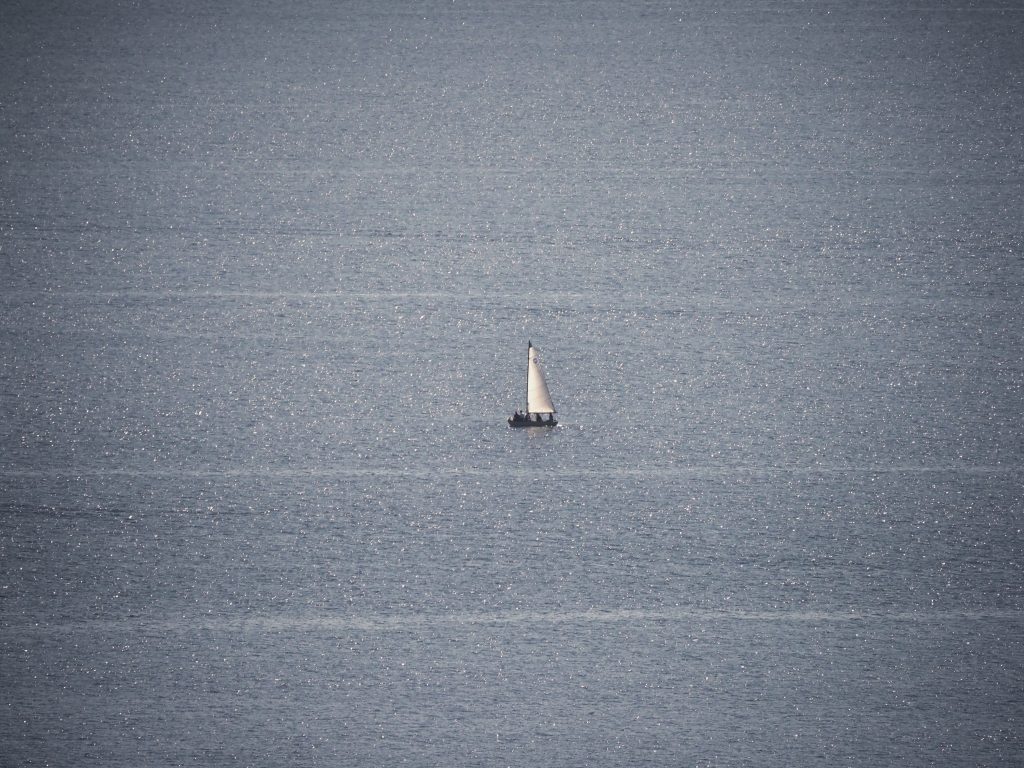 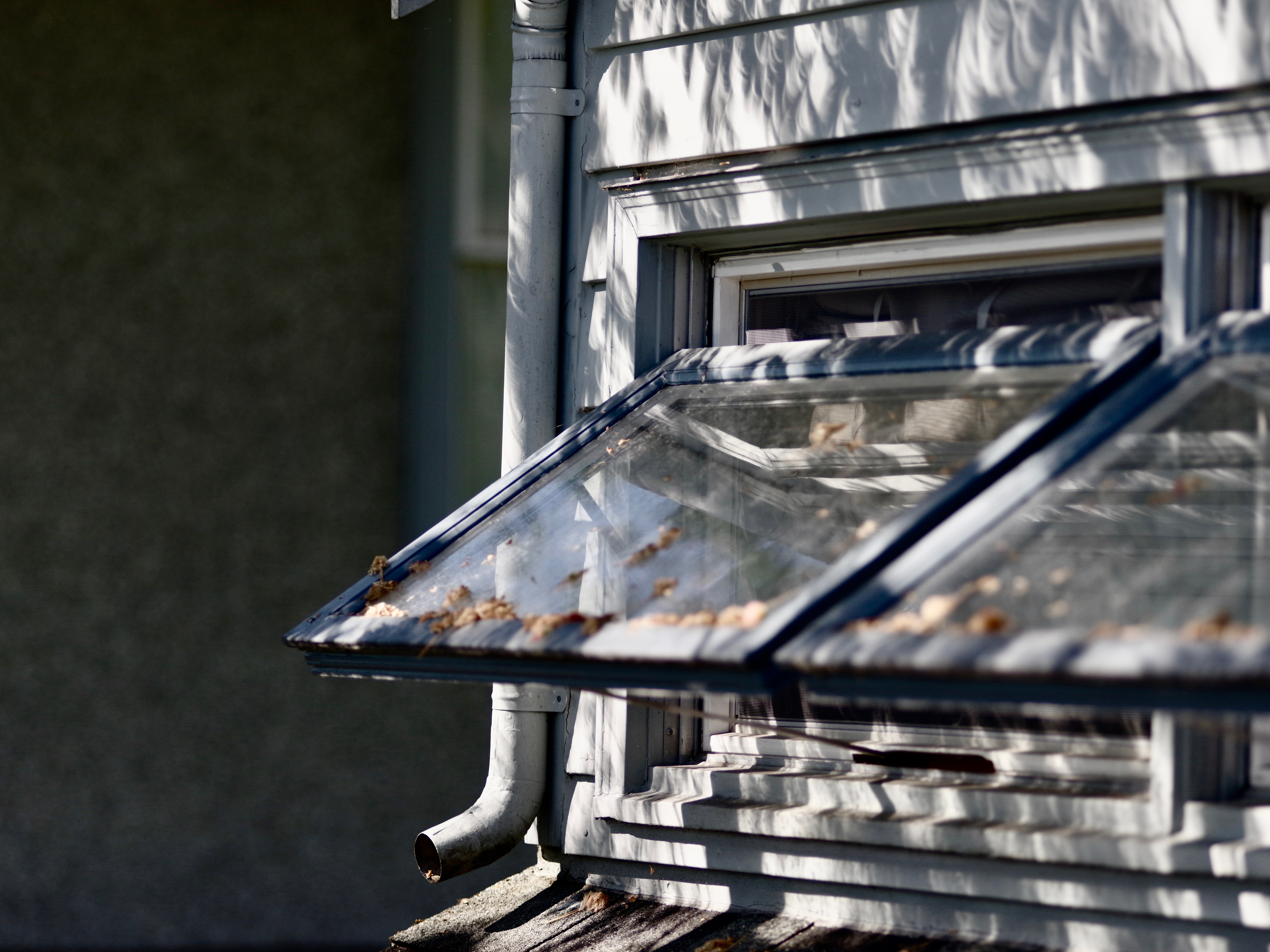 Perhaps, surprisingly, the answer was no. During the day of two mornings, from my perspective, the Bellevue skyline did not change much at all. In the Seattle area, we did not see a drama of dark and light, but rather the regular, eerie, and murky shade of a short Icelandic winter day. I became far more interested in the sudden quiet, the cool air, and the strange and unique shadows nearby.

I also focused on a sailboat and crew watching the eclipse while anchored in the lake. The in-water viewpoint reminded me of what I have said repeatedly since 2015, when I started writing Seeing the Better City: It all depends on who’s looking at what, and from which angle.

I tell this story to introduce a new series that will unfold as I live, write and speak from at least 15 cities in North America, Australia, and Europe between now and the end of 2017.  I’ll be contributing short articles, photos. audio clips, and videos, each with a theme or sub-theme about urban issues around the world.

In each “urban diary dispatch” I’ll focus on multiple perceptions of the subject at hand, and how our preconceptions and first impressions of a place are often replaced with something more dramatic, or interesting. These dispatches, which will sometimes appear in “pen-pal editions” prepared with others back home, will suggest ideas from afar, inspirations, and potential resolutions. Each will build on this tale of two mornings, with narratives about what happens when we take the time to go beneath our assumptions, and really look around.

Image composed by the author in Seattle. © 2009-2017 myurbanist. All Rights Reserved. Do not copy.